Emily is alive today because of cancer research.

Cancer research saves lives, but researchers need funding for innovation to happen. CAR T-cell therapy saved Emily's life, and we are dedicated to supporting research that will improve cancer treatment options for children.

Emily Whitehead was diagnosed with acute lymphoblastic leukemia (ALL) in May 2010 when she was five years old. 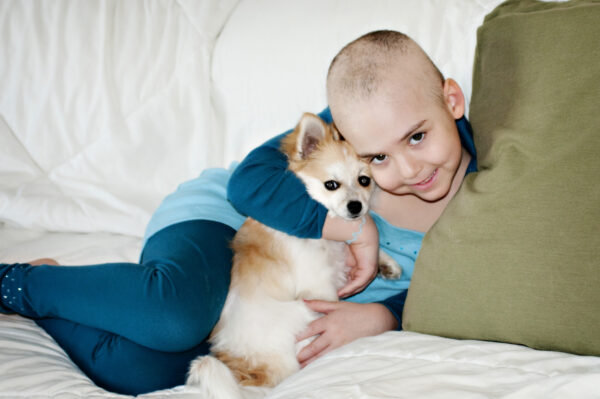 Typically, children diagnosed with this type of leukemia have an 85% to 90% chance of being cured; however, she relapsed twice. The leukemia became resistant to treatment and her doctors exhausted all treatment options. They recommended hospice care and expected her to live for only a few more weeks.

Emily’s parents, Tom and Kari, were not willing to give up. They heard about an experimental treatment, called CAR T-cell therapy, that was available as a Phase I clinical trial at Children’s Hospital of Philadelphia (CHOP). In April 2012, they enrolled Emily in the clinical trial, and she was the first pediatric patient in the world to receive CAR T-cell therapy. The process involved collecting her T-cells (a type of white blood cell), genetically reprogramming them to recognize and attack cancer cells, and infusing the modified cells back into Emily’s blood. The treatment was highly experimental, but it was Emily’s only chance for a cure. Incredibly, the T-cell therapy worked, and Emily has remained cancer-free. 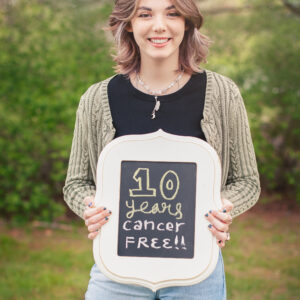 Emily’s treatment gained worldwide attention, and her story has been featured in The New York Times and Ken Burns’ PBS documentary Cancer: The Emperor of All Maladies. A 3-minute documentary about her treatment, called Fire with Fire, was created by Oscar-winning director Ross Kauffman. Recently, the Whitehead’s published a book about their journey called Praying for Emily: The Faith, Science, and Miracles that Saved Our Daughter. A full-length documentary, called Of Medicine and Miracles, premiered at the 2022 Tribeca Film Festival.

Tom, Kari, and Emily speak internationally to share Emily’s story and to raise awareness for CAR T-cell therapy and childhood cancer research. To inquire about speaking opportunities, please contact us.

We have been given so much, and we hope to give much more in return. With your help, we can make a difference!

- The Whitehead Family
Volunteer and get involved
Our Mission

We experienced firsthand how cancer research is saving lives; however, children are still losing their lives every day because of limited treatment options for high-risk patients like Emily.

Children who have their cancer return are harder to treat because their cancer becomes resistant to standard therapies. Cutting edge treatments like CAR T-cell therapy are needed to help cure these children but funding is limited. Childhood cancer receives less than 4% of the National Cancer Institute budget for research. Many researchers rely on grants from non-profit organizations and private donors who are dedicated to raising funds for childhood cancer research.

Our focus will be on funding the most promising research such as the CAR T-cell therapy that Emily received and other immunotherapies. We will continue sharing Emily’s story to promote awareness and inspire others to take action and make a difference.

The only thing we asked for throughout Emily’s treatment were prayers to help her get through each day, but we received so much more from people around the world. We are thankful for every day we spend with Emily. We believe in a cure. Let’s join together to end cancer!

Our goal is to raise funds to support further research and help make it possible for kids all over the world to activate their cure. Learn more about Our Impact.

Do you want to stay up to date? Subscribe to our newsletter.

Teen Is Cured from Cancer After Groundbreaking Therapy: 'It's a Miracle I'm Alive'

The New York Times
Is This How We'll Cure Cancer?

The Philadelphia Inquirer
Tragedy, Perseverance, and Chance — The Story of CAR-T Therapy

The New England Journal of Medicine
Against All Odds

The ASCO Post
The Promise and Price of Cellular Therapies

WIRED.com
Celebrating Our 8th Birthday
Today, we are celebrating our 8th birthday! When we officially launched the Emily Whitehead Foundation on this day in 2015 we had one goal in mind: Help more families like...
Read More

See All News
Our Year In Review: 2022
Oh, what a journey this year has been! Watch our 2022 highlight reel to look back on some of this year's most celebratory moments, and read below for more.  ...
Read More
Tom and Emily Whitehead Advocate for Improved Patient Access to Cell and Gene Therapies in Europe
On November 29, Tom and Emily Whitehead joined the Alliance for Regenerative Medicine in Brussels, Belgium for a European Union Parliament meeting. It was an incredible honor to be included...
Read More