When Emily was in the hospital, a father showed up with his family one day, introduced himself as Mike McCauley, and shared that his son had also started at Penn State Hershey Medical Center and came to Children's Hospital of Philadelphia (CHOP) and he is now doing OK. They just wanted to show us support, and it was a moment that created a new friendship we are glad to maintain today.

On October 31, 2019, Mike set out on a mission to run over 200 miles to bring awareness to the hardships faced by families and children fighting cancer. The route was drawn to trace his son's cancer journey, starting at Penn State Hershey Medical Center, continuing to Wills Eye Hospital and CHOP in Philadelphia, and returning to complete the journey back at Hershey.

When discussing the run, Mike made it very clear that this was not about him, but instead focused on the families, their stories, and the organizations that support them and support those researching a cure.

“My run pales in comparison, yet remains symbolic, as I've stated, to the journey of the children and their families. Many trials, good days, bad days, and pain. I hope that what I have endured inspired those who feel hopeless, who feel isolated, who feel the weight of this diagnosis too much to bear, enough to endure one more day.”

The Emily Whitehead Foundation, along with the Four Diamonds Fund, was chosen to be one of two organizations that Mike advocated for on this journey. At the conclusion of his run, a combined total more than $6,000 was raised.

Thousands of Facebook users followed along with Mike in real time through the  group Endure 4 a Cure, created and maintained by Mike's support team. The page received an overwhelming amount of positive engagement and was populated with stories from patients and parents, runners, and the team tracking Mike on his journey, making the inspiration and impact of Mike's run tangible. 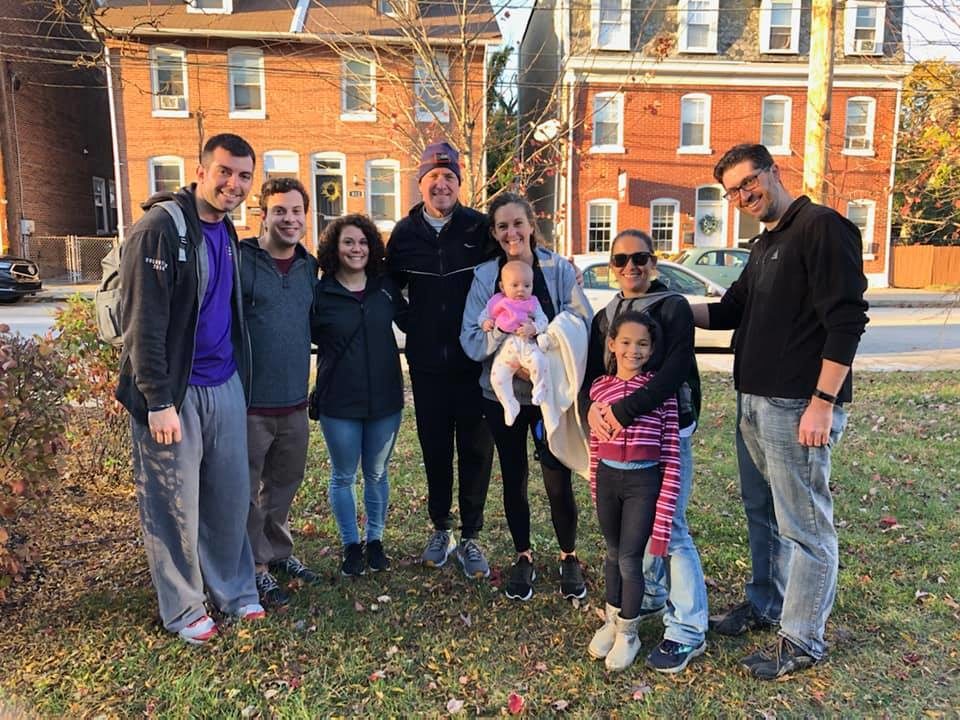 As the word spread, a handful of supporters sought to join Mike throughout his journey by taking the time to meet him both on the road and at each hospital. And several more showed their support for Mike's cause by participating in the Blood, Sweat & Tears 5-Miler on Saturday, November 2 — an annual event held in Lawn, Pa. and organized by Emily Whitehead Foundation board member Tom Garrett. 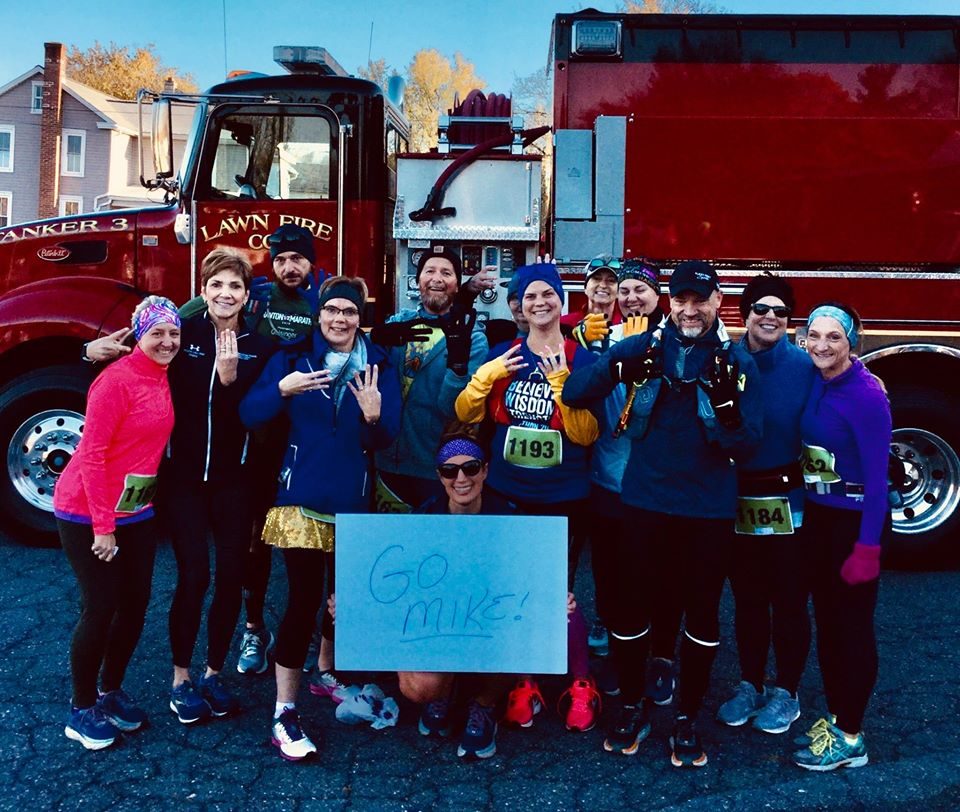 Mike completed his mission in record time on November 4, 2019 — the anniversary date of his son's initial cancer diagnosis. His son, Lachlan, was there to greet his return, along with a handful of supporters including CAR-T cell therapy hero Ayden and his family, who had learned of Mike's mission through the group on Facebook. 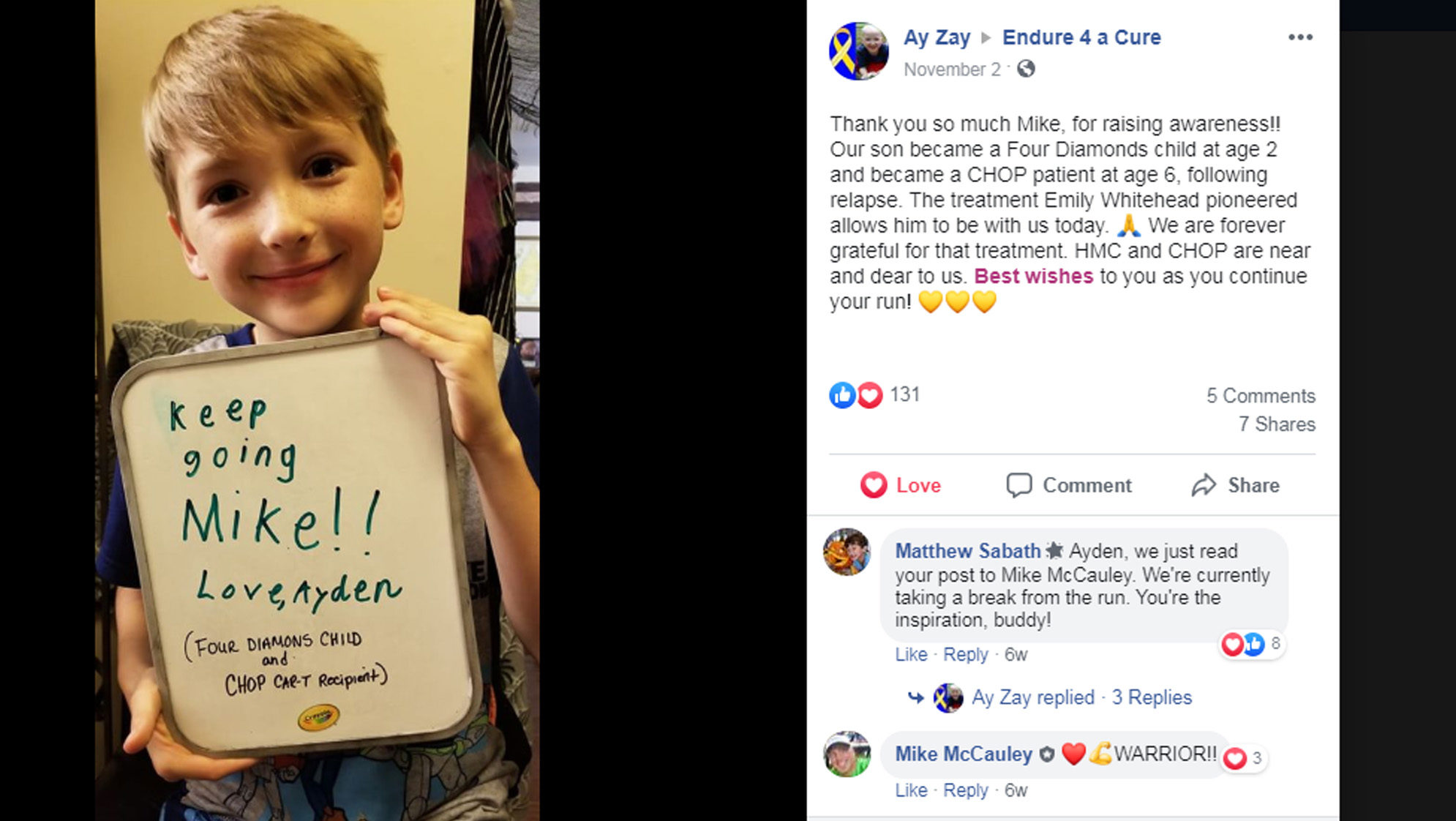 Thank you, Mike, for not only supporting our Foundation, but also for creating a platform to spread awareness of childhood cancer and encourage others to support the need for more research funding to help more children survive. You inspire us and so many others!