We had the pleasure of traveling to Harrisburg to attend the game and participate in a special pre-game ceremony, during which Emily had the honor to throw the ceremonial first pitch to Washington Nationals assistant general manager Doug Harris - the major league team for which the Senators are a Double-A affiliate.

Harris is a cancer survivor and received CAR-T cell therapy last year at Memorial Sloan Kettering Cancer Center in New York. When he learned that Emily would be throwing the first pitch, he made the personal request to be the one to catch it as a thank you for her bravery as a CAR-T pioneer.

Read: Nats VP Doug Harris needed help to beat cancer a second time. He found it in the game. 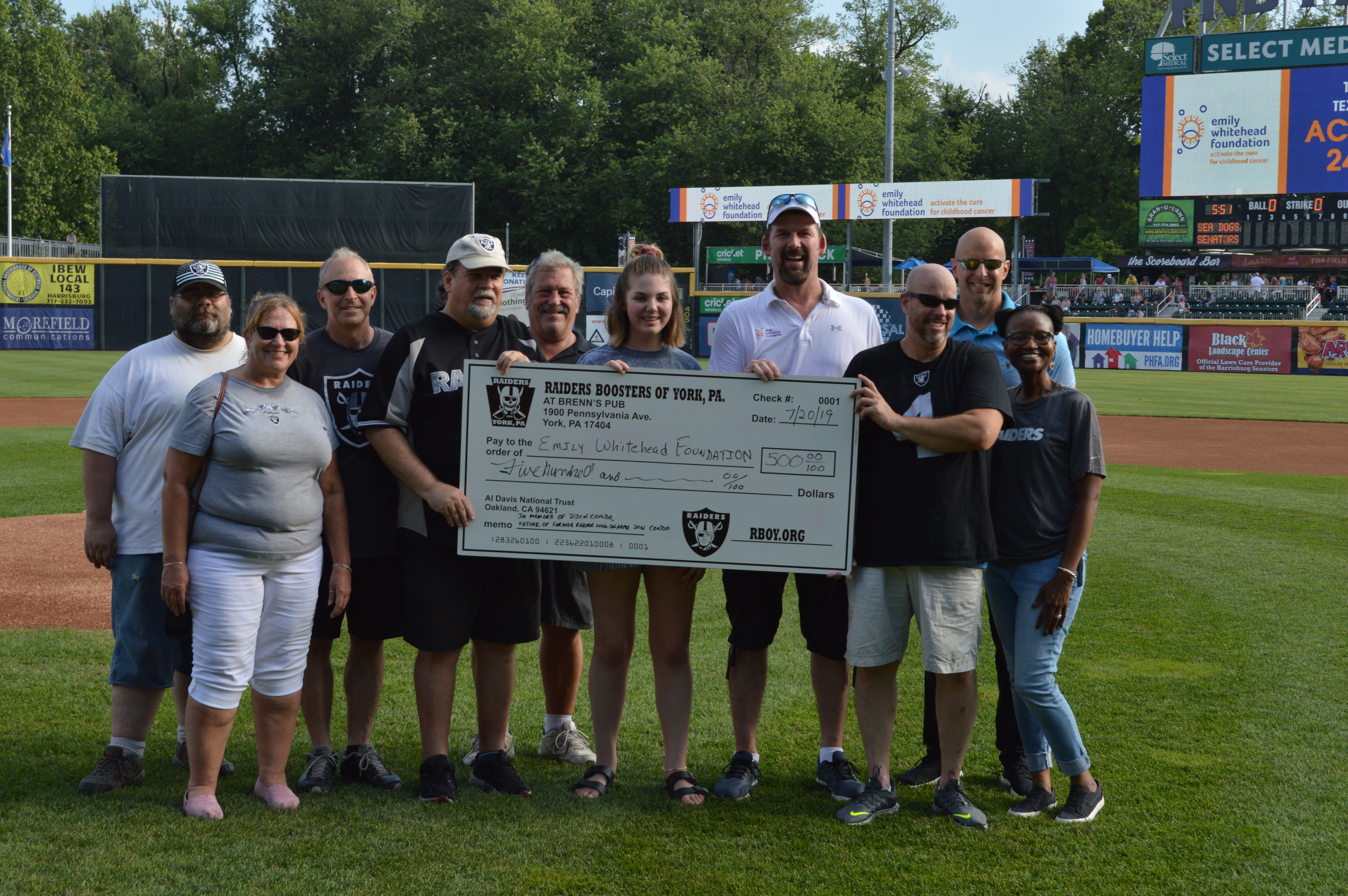 Additionally, Tom and Emily were presented with a check from the Raiders Boosters of York for $500. The donation is funded in memory of Dick Condo, the father of veteran Raiders long-snapper, EWF board member and host of Tee Off for T-Cells, Jon Condo. The Raiders Boosters of York have been generous embassadors through the years and we are thankful for their continued support!

We also owe a big thank you to embassador and board member Tom Garrett for organizing this event, and to the Senators for accommodating us!